The legislation initially included $14 billion for U.S. colleges and students, through the Higher Education Emergency Relief Fund, or HEERF. Federal officials added $21.2 billion to HEERF in January. Another $39.6 billion was added in March through the American Rescue Plan. Morehouse School of Medicine received $56.4 million through that plan.

Morehouse School of Medicine students will receive $6,300 in COVID-19 relief funds to pay for education-related expenses. 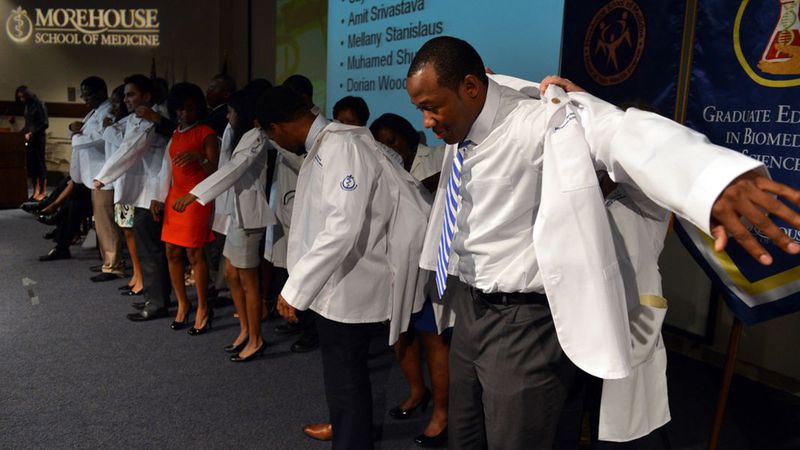 Morehouse School of Medicine students will receive $6,300 in COVID-19 relief funds to pay for education-related expenses.

Morehouse School of Medicine, a private institution located near Mercedes Benz Stadium in downtown Atlanta, is one of a handful of medical schools nationwide created to serve Black students. About 90% of its students receive some type of need-based financial aid, which Rice wrote “identifies exceptional need of our student population.”

Another historically Black medical school, Meharry Medical College, located in Nashville, last month used CARES Act funds to give $10,000 to each of its 956 students.

Colleges and local governments have occasionally found themselves scrambling to find ways to spend CARES Act funds. The Atlanta Journal-Constitution reported last year how some Atlanta-area county governments raced to use the funds by Dec. 31, after which the federal government required unused dollars to be sent back to the treasury. DeKalb County officials, for example, had allocated only about $5 million of the $15 million it planned to provide small businesses.

Jay Greene, an education policy expert at the Heritage Foundation, said via email: “The fact that Morehouse (School of Medicine) is simply forwarding its CARES funding to its students suggests that the federal government didn’t need to provide it and other universities with such large subsidies.”

He later added: “I think (the school) made a better use of taxpayer dollars by giving it directly to the intended beneficiaries than the less productive uses chosen by other institutions, even if it would have been more appropriate for taxpayers not to have provided those funds at all.”