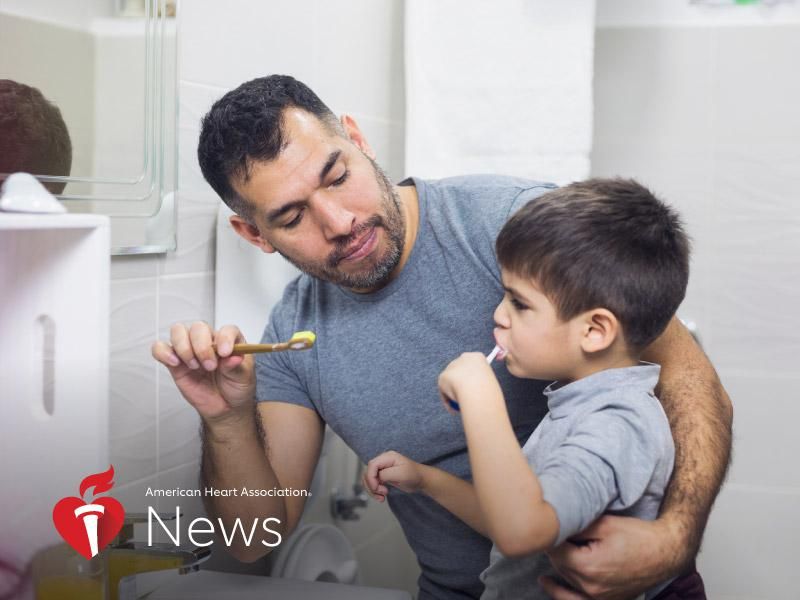 Fresh breath, a pretty smile and healthy teeth and gums – they’re the reasons you brush your teeth each day and see a dentist twice a year.

But what if brushing and flossing also helped to keep your brain – and the rest of your body – healthy, too?

There are at least 700 different kinds of bacteria living in the mouth, some of which cause gum disease and other infections. A growing body of evidence links those infections to chronic illnesses in other parts of the body, including the brain and heart. While researchers have long known about the link, it’s been unclear which came first or why. But recent research reveals problems in the mouth exist decades before chronic illnesses surface elsewhere, suggesting infections like gum disease could serve as a warning flag.

“It surprises people that the mouth triggers what’s going on in the rest of the body,” said Ryan Demmer, an associate professor in the division of epidemiology and community health at the University of Minnesota in Minneapolis. Demmer led a 2020 study published in the journal Neurology showing people with gum disease in midlife were more likely than those without to develop dementia or mild cognitive impairment over 20 years of follow-up – and those with infections severe enough to cause tooth loss were twice as likely to suffer a loss in brain health.

As people age, the balance of good and bad bacteria in the mouth shifts, creating an environment more vulnerable to gum disease and other infections associated with a higher risk for illnesses such as Type 2 diabetes, heart disease, stroke and dementia. But whether these germs are causing chronic illness, contributing to its development or just making the body more vulnerable to disease by creating inflammation remains uncertain.

Knowing gum disease precedes other chronic conditions doesn’t mean it’s causing them, cautioned May Ahmad Beydoun, a staff scientist in the epidemiology and population sciences lab at the National Institute on Aging.

“We don’t know causality,” she said, “because we don’t know if there is something else that is confounding the relationship between gum disease and the outcome.”

Beydoun led a study published last year in the Journal of Alzheimer’s Disease that showed older adults with signs of gum disease were more likely to develop dementia during up to 26 years of follow-up than those with healthier mouths.

Researchers have theories about how problems with oral health may lead to other illnesses, Demmer said. But they’ve yet to be proven.

The prevailing theory is that systemic inflammation is the thread that ties them all together. One possibility is that an imbalance of good and bad bacteria in the mouth sends toxins into the bloodstream, triggering an immune response that creates low-grade, systemic inflammation. Inflammation is believed to play a role in the development of heart disease, stroke and dementias, including vascular dementia and Alzheimer’s disease.

Another theory, Demmer said, has to do with the beneficial organisms in the mouth and gut needed to transform dietary nitrates – found in foods such as leafy vegetables – into nitric oxide, which helps maintain good blood vessel health and lower blood pressure. As people age, there may not be enough good bacteria to properly convert nitrates into nitric oxide. High blood pressure boosts dementia risk and is one of the leading causes of heart disease and stroke.

But prevention isn’t as simple as better brushing and flossing – or using other products such as mouthwash. Mouthwash also kills good bacteria, Demmer said, so overuse could further disrupt the balance.

Good oral health helps reduce inflammation, but it’s likely not the only way to keep bacteria out of the mouth, Beydoun said.

Some of the harmful bacteria may be coming from the gut, not the mouth, she said. Researchers have found the more severe a person’s gum disease, the higher the presence of Helicobacter pylori, the bacteria that causes ulcers and lives in the digestive tract. Beydoun believes H. pylori also may play a role in the development of dementia.

She recently led a study published in Molecular Psychiatry that found an increased risk for Alzheimer’s disease and other dementias among middle-aged and older men with high levels of H. pylori. Beydoun led another study published in the journal Alzheimer’s & Dementia that found an increased dementia risk among older adults with gum disease who had high levels of H. pylori. She hopes to investigate the connections more in future studies.

It’s also possible that poor oral health may be worsening other health conditions, but not initiating them, Demmer said. If so, “it’s probably making a slow contribution over a person’s lifespan,” he said. “It’s not likely to be an event that gets triggered over the course of a day or a week.”

Long-term studies consistently tracking variables over years are difficult to design, Demmer said, because the U.S.’s health insurance system often prevents people from maintaining consistent dental care or records. But in order to answer questions about how oral bacteria contributes to chronic illness, studies are needed to measure that bacteria in people starting in their 40s and 50s and follow up in 20 years or more.

“There’s a lot of work to be done,” Demmer said. “We also need to figure out if there are interventions that can prevent the dementias from developing. We are a long way from that. It’s going to take many years and a lot of complicated studies.”

Health Solutions From Our Sponsors